Have you ever come across an aquascape that was effortlessly beautiful, like a scene in nature? If you look closer, you may notice that its the imperfections that make the aquascape so pleasing to the eye. When building a new planted tank, some of us might have the inclination to create symmetry during the scape process. However, this results in an aquascape that doesn't look quite right, or "natural," or very beautiful for that matter.

Arguably, the difference between a mediocre aquascape and an award-winning professional aquascape is the visual composition. To better explain, a visual composition is how an aquascaper, artist, or photographer decides to arrange the subjects and objects (such as placement of aquatic plants or the hardscape layout) in their work. In the aquascaping world, when it comes to the discussion of visual composition, the Golden Ratio or the Rule of Thirds are key to creating that effortlessly beautiful aquascape with a natural feel.

Even if you're not an "art" fanatic, these concepts are quite simple and can be easily used as a guide to create a beautiful freshwater aquarium. The aquascape ideas are endless when keeping these rules of composition in mind.

In this article, we will go over 3 different composition guides and how you can use them to your advantage when aquascaping. Lastly, we will talk about why such concepts work so well in the aquascaping hobby. 1. The Rule of Thirds

What is The Rule of Thirds?

The Rule of Thirds is an art principle that has been used by many famous artists and photographers in their works. The “rule” of thirds essentially says that focal points and sections of a composition should lie in proportions or locations of 1/3rd of the composition. The word “rule” is in quotation marks because it isn't actually a rule, but an effective guide for creating an image or other artwork that is visually appealing.

In terms of aquascaping, if you divide your tank (or your “canvas”) into three equal vertical and horizontal sections, you end up with a grid divided into nine rectangles. 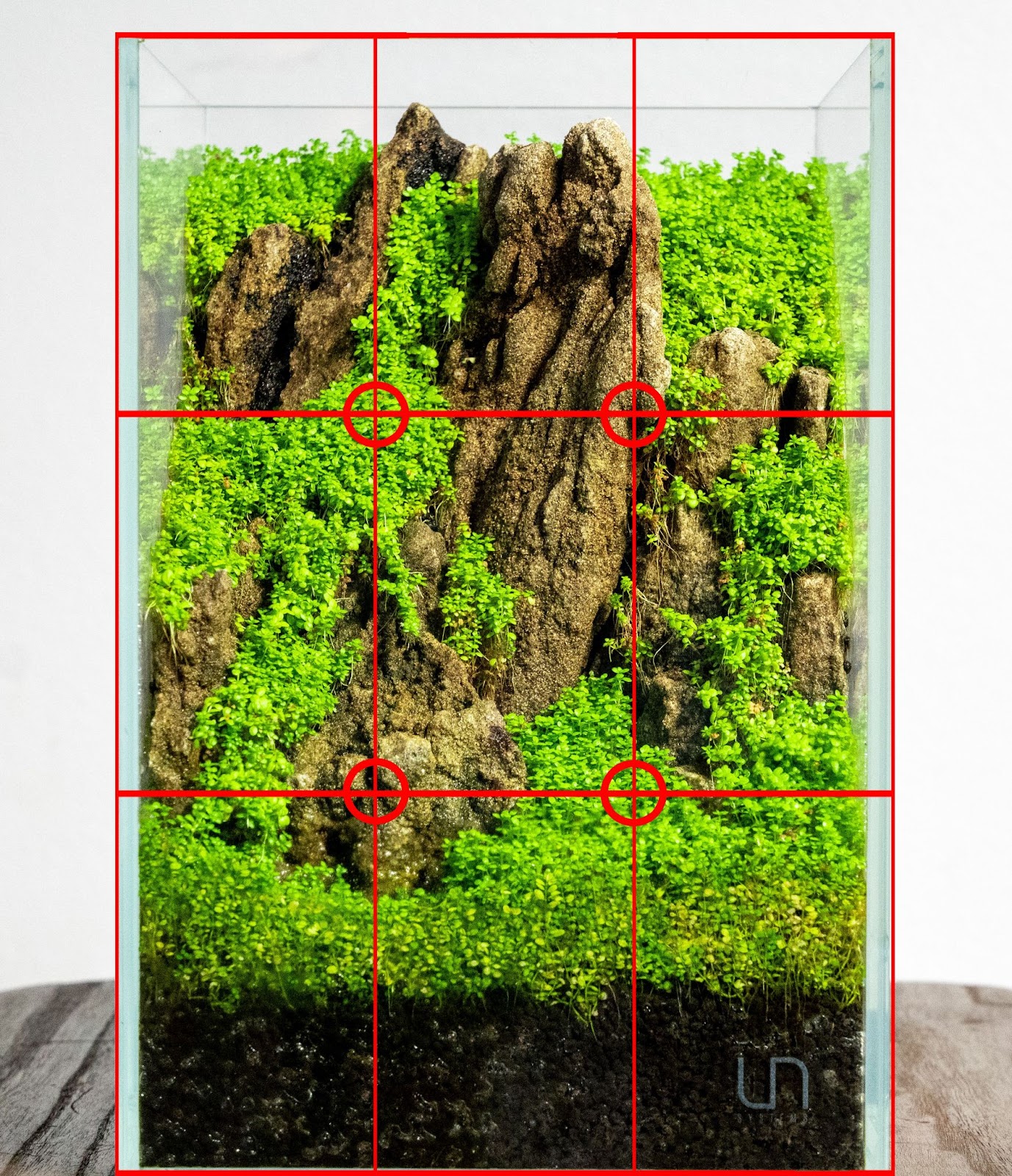 [Fig. 1]: With the Rule of Thirds grid, the four lines and the four intersections of these lines are the foundation of the rule of thirds. With this imaginary template over the front pane of your tank, you can place lines and points of interest at these locations to create a visually pleasing layout.

In aquascaping, we can do this as well. For example, a foreground plant, like Dwarf Baby Tears in the photo above, can span the bottom 1/3 horizontal line of the tank. Along the vertical lines, place the first bonsai tree in a forest or create a border with a group of tall aquarium plants.

What is The Golden Ratio?

The rule of thirds can be used the same as the Rule of Thirds (read above.) Simply place essential focal points, such as a piece of aquarium driftwood or a tall background plant, along the lines. 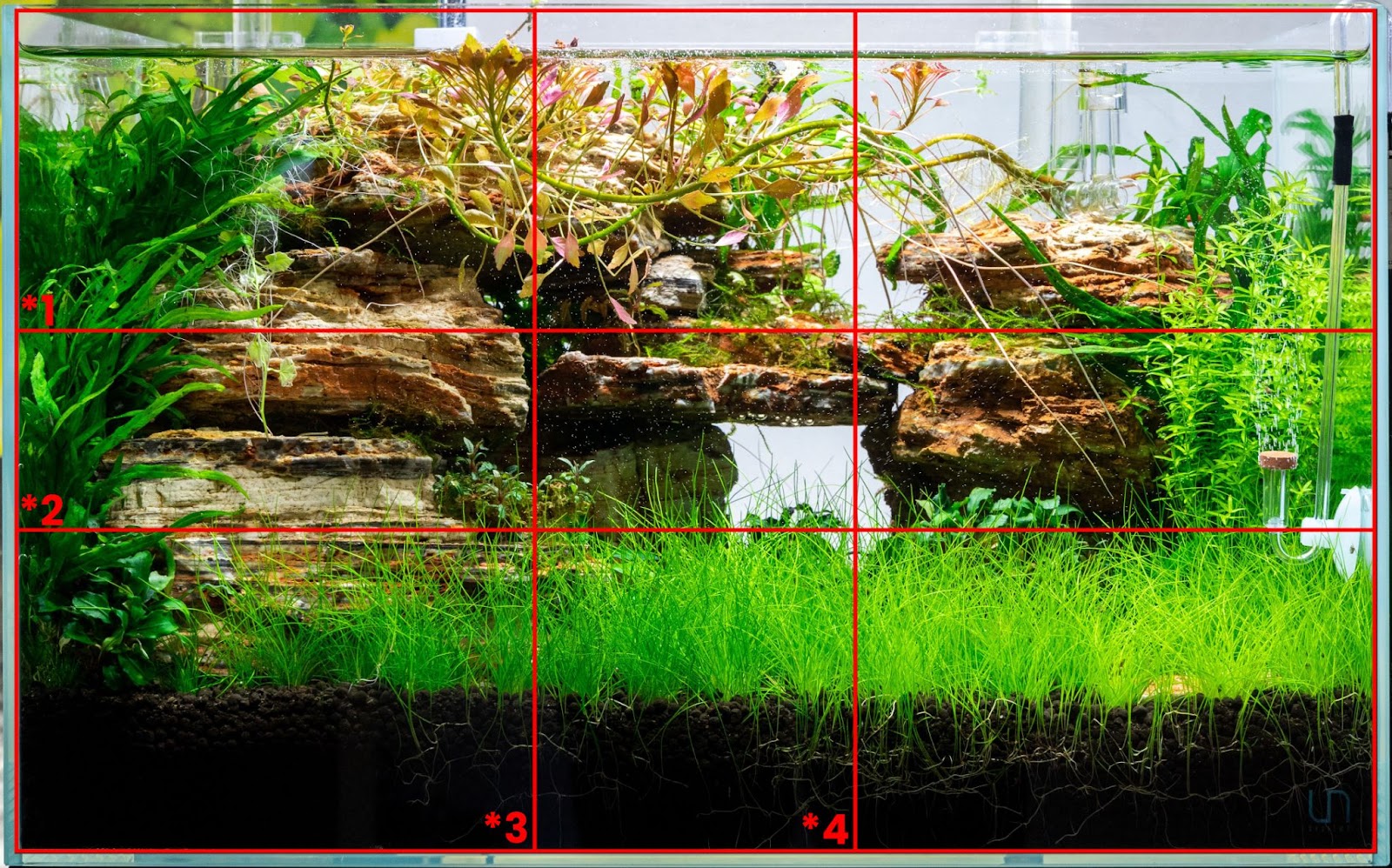 [Fig 2]: Here we can see the plant growth of the Dwarf Hair Grass lies right along line 2. Line 3 follows along the edge of the hardscape design. The edge of the stones on the right of the tank also roughly aligns with line 4. At the intersection of lines 1 and 3, there is a small cave created with the placement of the stones.

What is the Fibonacci Spiral?

The “Fibonacci Spiral” is derived from The Golden Ratio. The spiral is formed from a series of rectangles that gradually decrease in size based on this ratio. When a line is drawn through all of the rectangles, the line travels in a long spiral shape.

Obviously, it can be very difficult to accurately measure such ratios when working in our tanks. However, the lesson is all the same, and we can generalize or approximate this ratio as 1 to 1.5, but let’s break it down into even simpler terms. We can just say 1 to “slightly more than one but not quite two.” The balance of nature is not 50/50, as backward as it may sound, the balance of nature is in fact, an imbalance. 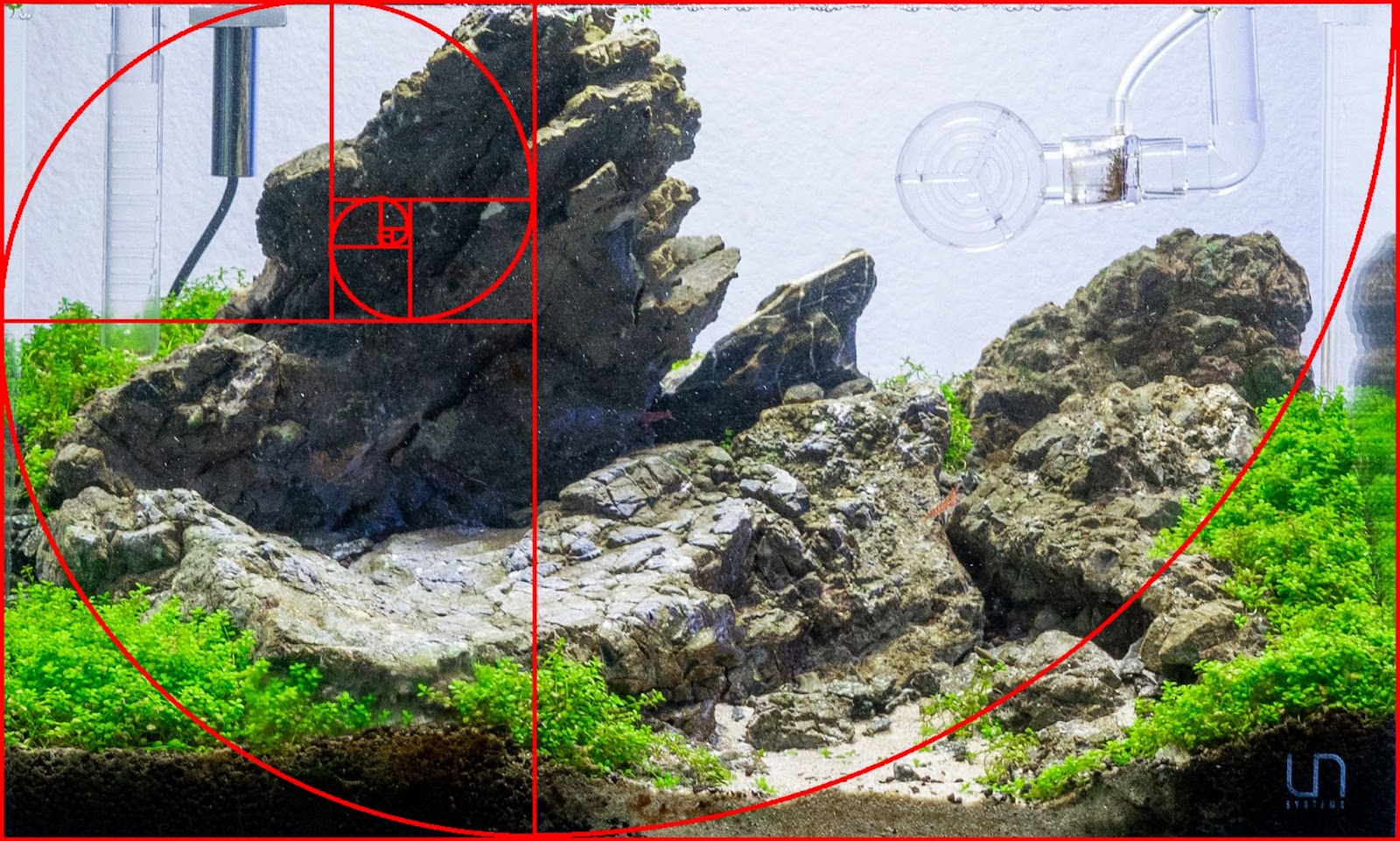 [Fig 3]: If we analyze the landscape design of this tank, the border created between the plants and stones follows the contour of the spiral.

The spiral is meant as a loose guide and elements do not have to follow the lines exactly. For example, where we have the Fibonacci spiral ending at the dark shadow of the main stone. The hardscape’s contours match the spiral very well despite not being exactly on the lines.

Notice how the hardscape and aquatic plants near the highlighted red sections of this scape guide your eyes along the spiral. This creates visual “checkpoints” that the viewers’ eyes can land on, from these checkpoints, the eyes are led down the spiral to its endpoint at the large dark shadow on the left side of the scape. 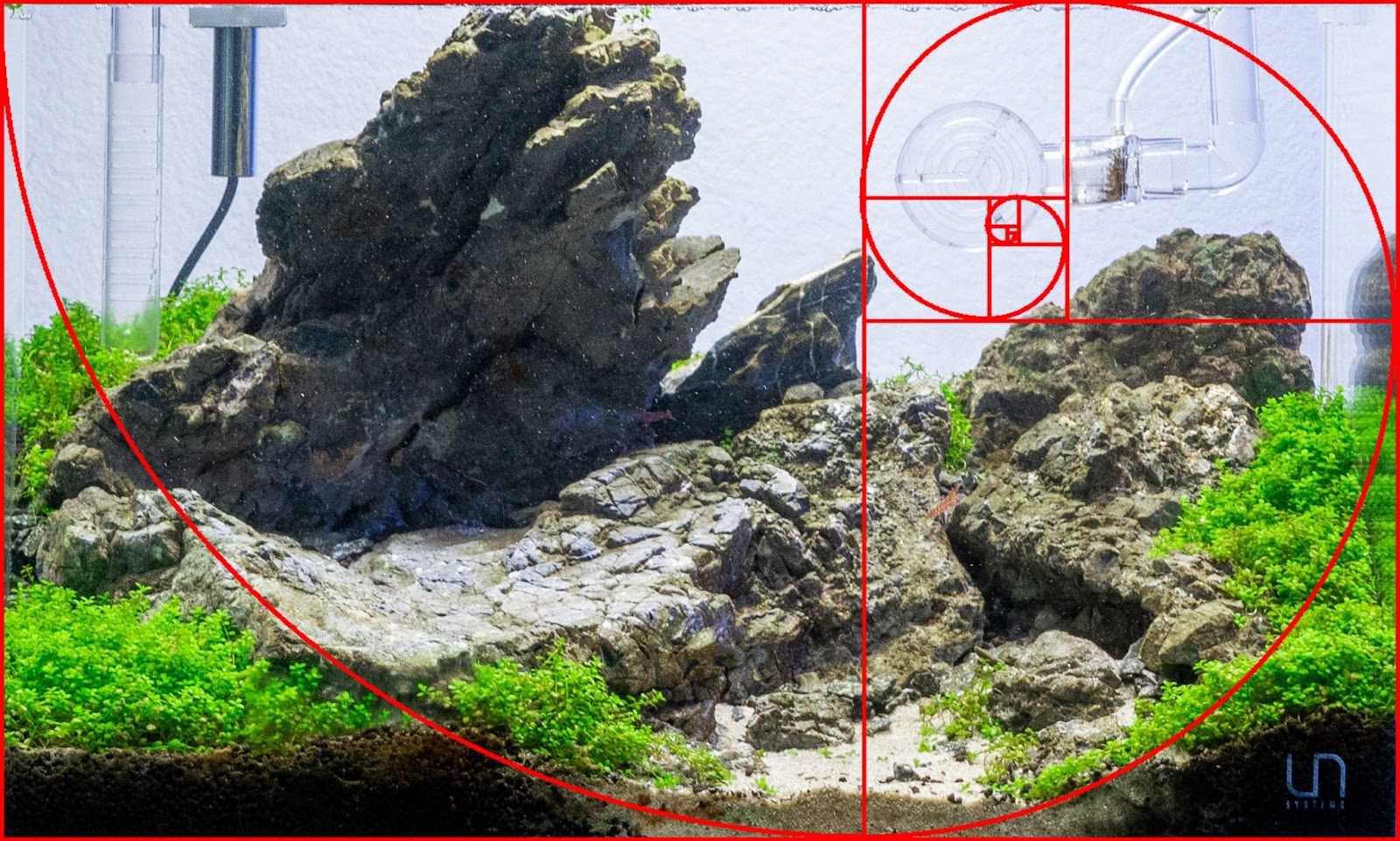 [Fig 4]: When the spiral is applied in the opposite direction, our attention is directed to the open space. This demonstrates the importance of negative space.

Now let’s take a look at Figure 4. The empty space (or “negative space”) is just as important as having interesting or beautiful things to look at. Have you ever seen an aquascape but felt like it was just too “busy?” Even if the photo or aquascape is full of beautiful things to appreciate, without any negative space it might be overwhelming and even exhausting to look at.

The Balance of Nature

As we just mentioned previously, the balance of nature is not an even split. In fact, most experienced aquascapers deliberately avoid an even balance of two things, symmetrical designs, sequences of perfectly repeating patterns, 90-degree angles, and so on. 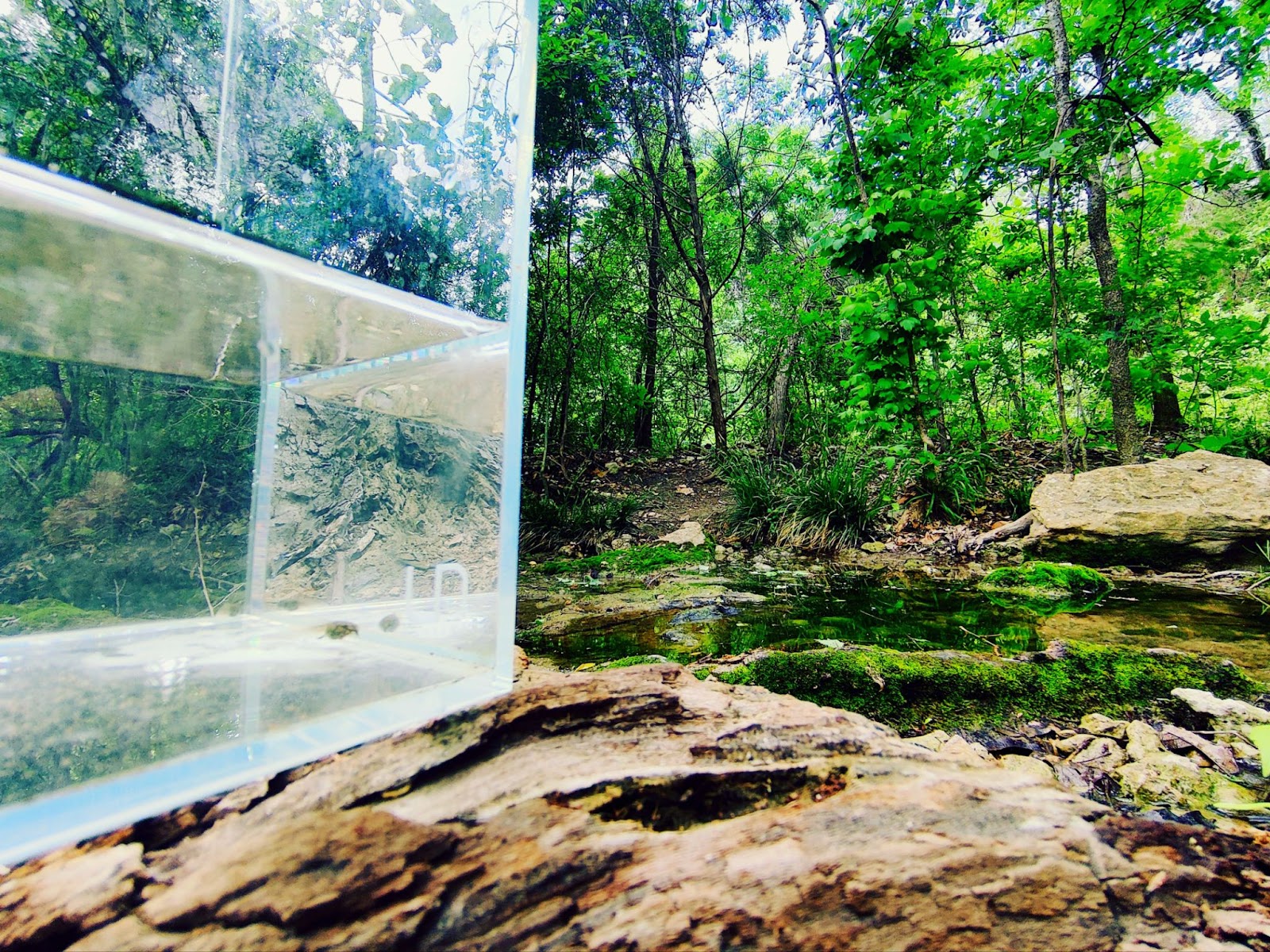 When we see characteristics that appear organized, it gives us a sense of human interference. We get the feeling that what we are looking at is “man-made” because things appear orderly and neat. If we really think about it, imbalance and imperfection is what makes nature beautiful.

With the knowledge of the imbalance surrounding us, we can better apply this concept to our aquascapes. The end result will allow viewers to subconsciously perceive our scapes as more "natural" and beautiful.

We can even see this imbalance in wild populations as well as our aquarium fish at home. Why is it that we recommend a ratio of 2 males to 1 female in the majority of the fish we keep? Keeping this imbalance of sexes encourages the natural behavior of a large proportion of fish that we keep in our hobby. If there were exactly 1 male for every 1 female of a species in a given habitat in nature, there would be no competition.

Without that competition, these fish wouldn’t have evolved such beautiful colors, patterns, and fins to impress the females. Imbalance looks so natural because this theme is embedded into all aspects of the natural world. 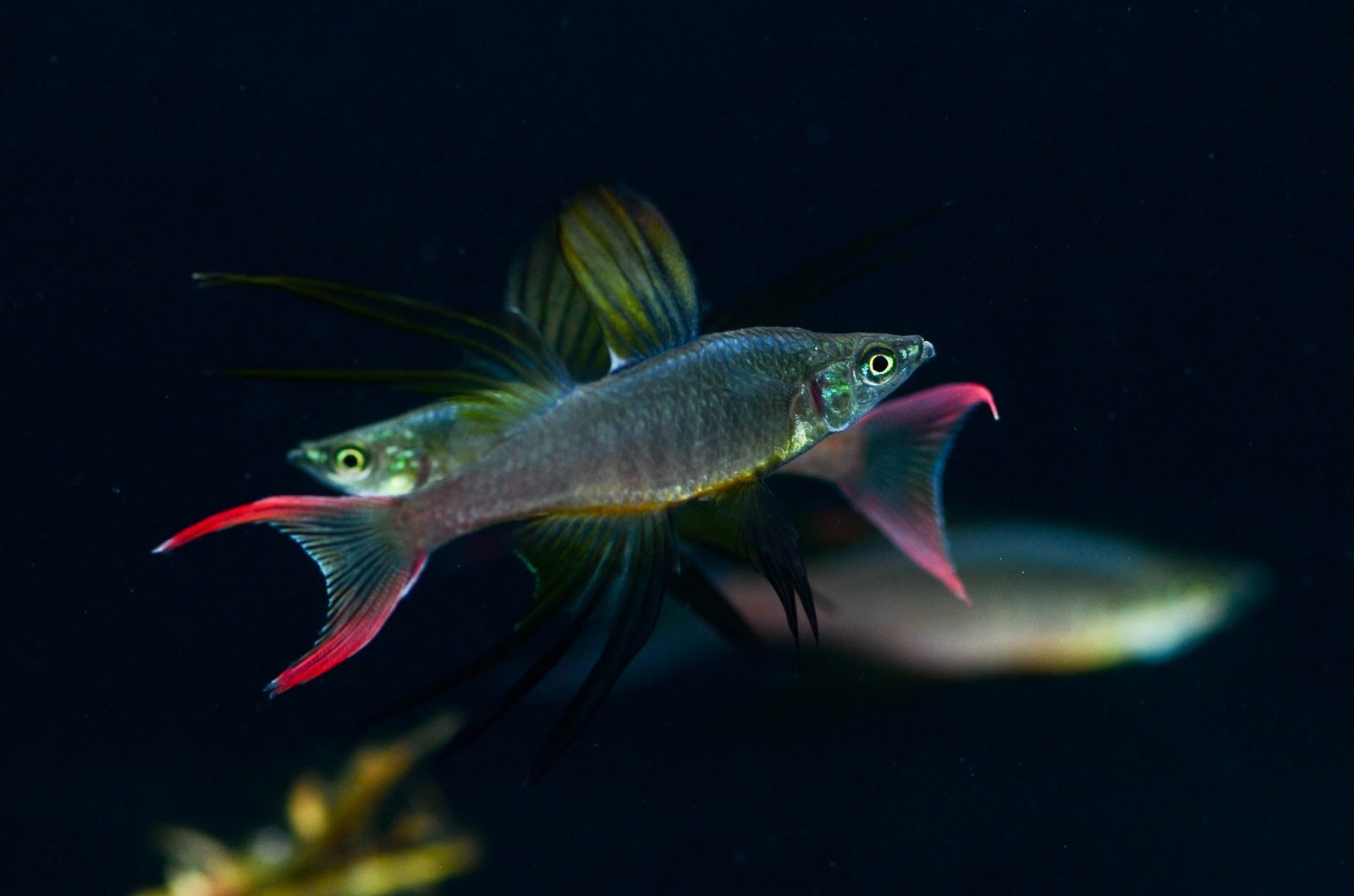 When it comes to aquascaping, The Rule of Thirds, The Golden Ratio and the Fibonacci Spiral are visual aids that can help create a more natural-looking aquascape. The idea of these principles is to have one element slightly overpower its counterpart, without overpowering it too much.

Aaquascapes that follow these composition guides can hold the viewer’s attention for the longest amount of time without them feeling bored, fatigued, or just plain “done with looking at it.” These aquascapes allow the viewer to relax for a moment and silence the constant internal chatter and noise in their head (something we all need occasionally.)

They delicately guide our eyes throughout the aquascape by placing interesting elements along the lines at the 1/3rds intervals or along the path of the Fibonacci spiral. Although we want to allow the viewer to stop thinking, we still want the viewer’s eyes to be moving. To put it another way, the artist is gently guiding your eyes so that you don’t have to.

Ready to apply these guides to your next aquascape but still unsure which style to go for? Check out our article, "Top 5 Aquascaping Styles" for more inspiration.

Great article! Thanks for the useful information. :)

Assume article…would love to see additional tips. I enjoy keeping fish…but also making them feel at home in their natural environment, instead of being in a glass box.

Thanks…and keep up the good work!!!